Over the past 30 years Medical Anthropologists in Spain have organized numerous colloquials and scientific meetings.  Many of them have have been based at the URV. The first colloquial, Primeras Jornadas de Antropologia de la Medicina, was held in 1982 and, was co-organized with the Institut Catala d'Antropologia.

A decade later, the Department of Anthropology, Philosophy and Social Work (DAFITS) began to organize a new colloquial. At first a biannual event, since 2005 has turned into an annual event.  These specialized colloquials (REDAM) were an informal network formed by medical anthropologists for more than a decade.

Congresses and scientific meetings organized by the MARC

Since 2015, the Medical Anthropology Research Center (MARC) has held the first colloquials as a result of this 30 year long tradition to host scientific events, and which it hopes to continue to fully maintain. 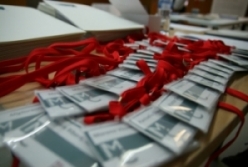