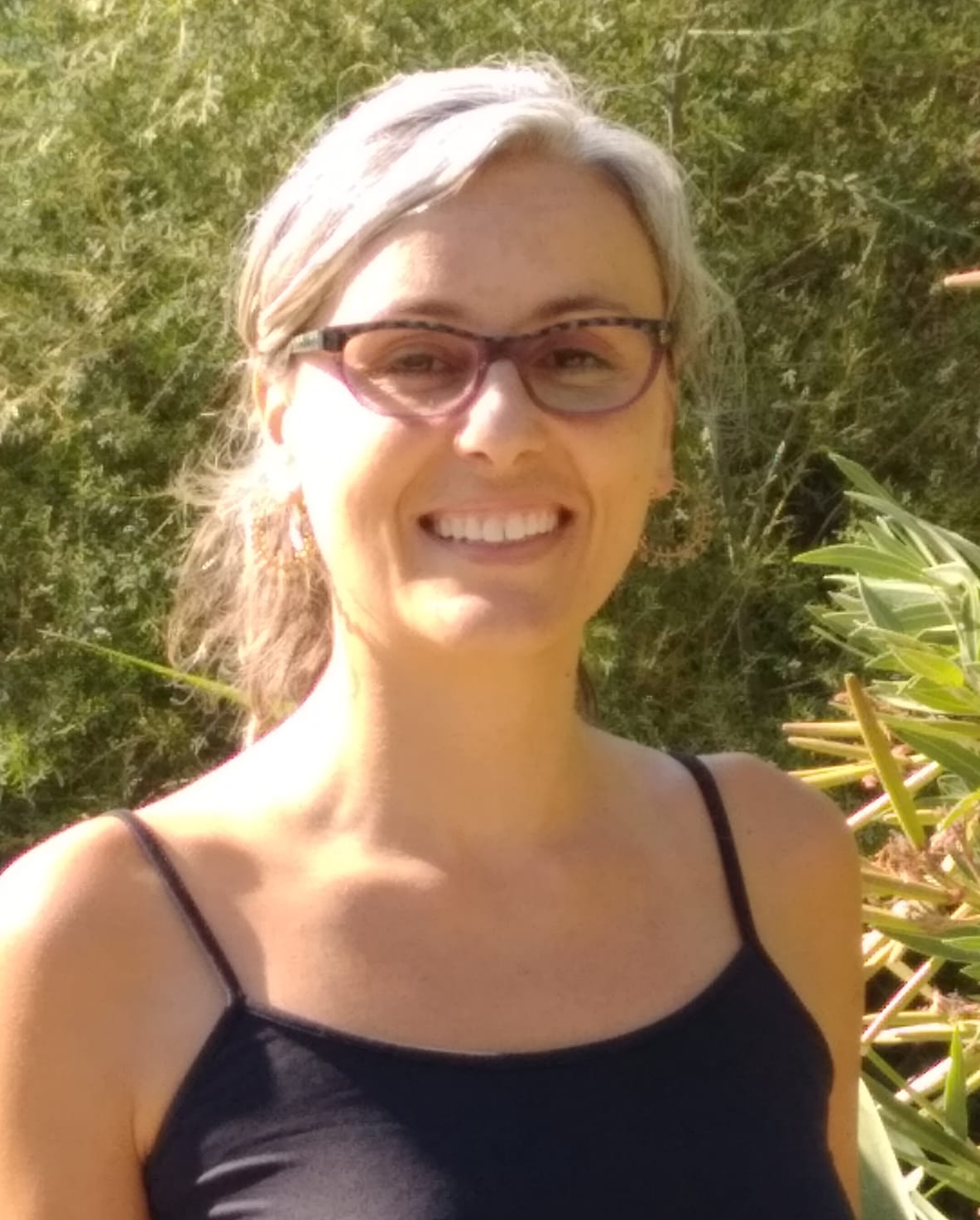 Mariola holds a PhD in Medical Anthropology from Universitat Rovira i Virgili, and a Postgraudate Degree in Sociology and Psychology, from the Universitat de Barcelona, a Masters in Transcultural Spirituality (Universitat Ramon Llull), and Diploma of Chinese Language and Culture (Nanjing and Kunming University). She has developed her teaching and research career mainly in the field of mental health and migration, and in social inequalities in health. Mariola has been an associate professor in the Faculty of Sociology of the University of Barcelona, a collaborator in the Faculty of Psychology, at the same university, as well as in the Departament d'Antropologia, Filosofia y Treball Social of the Universitat Rovira i Virgili. She has worked in the group of social determinants of health of the CIBER of Epidemiology and Public Health from the Andalusian School of Public Health. Among her interests focus on deepening the study of spiritual health as a determinant of health, and she also gives lectures and courses on the promotion of spiritual health. 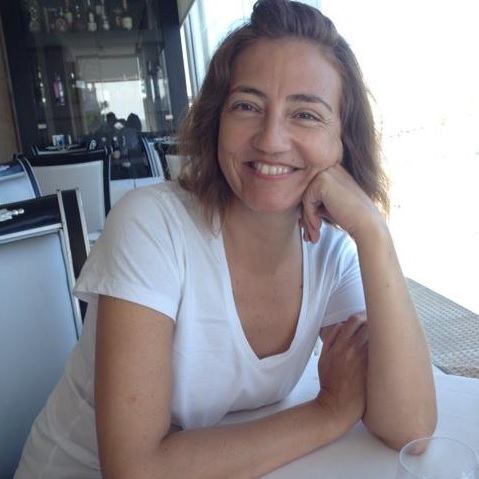 Veronica received her Doctorate in Social Psychology from Univ. Autonoma de Barcelona in 2017. She holds a Masters in Psychoanalytic Psychotherapy (UB, 2010) and in Medical Anthropology and International Health (URV, 2012). Since 2011 she has been coordinating tasks in for the Masters degrees in psychoanalysis at UB, and working as a Psychotherapist. Her research interests are in the relationship between biopolitics and the conceptualization of childhood and parenting, in the contemporary world. 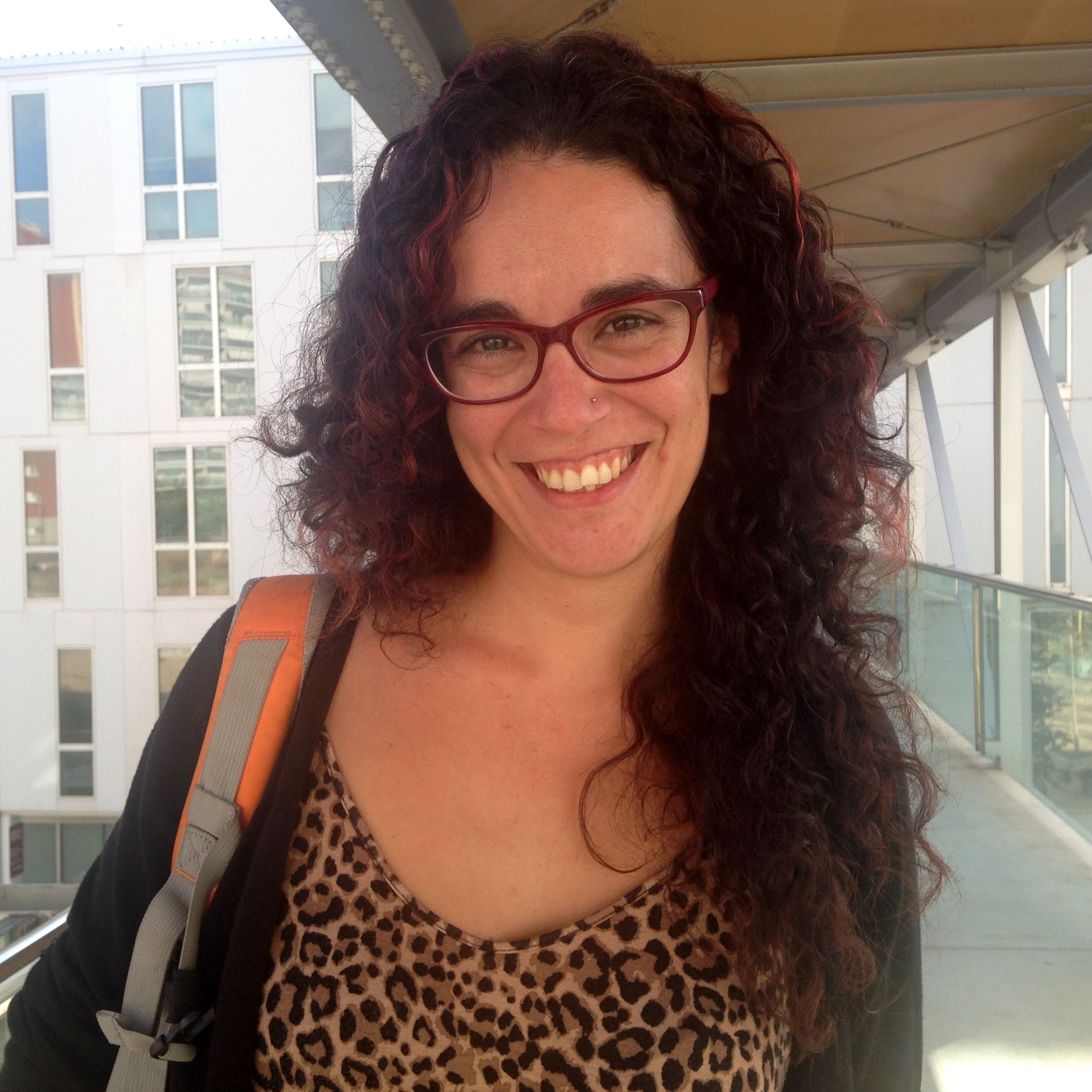 Natàlia holds a Doctorate in Medical, Social, and Cultural Anthropology with International Mention (2017), a Master's Medical Anthropology and International Health (2011) and a Degree in Social and Cultural Anthropology from the URV (2009). She received her Psychology degree form the University Jaume I with a specialization in Drug Addiction and Systemic Family Therapy (2007). Natàlia is a Consultant Professor in Graduate Collective Mental Health at the UOC. Since 2010 she has worked as a researcher and technical research coordinator in numeros research projects. Her lines of work are: adolescents, youth, mental health, emotional discomforts, gender, drugs, participatory action research. 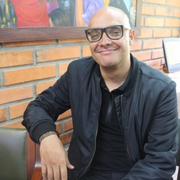 Hildreman holds a Doctorate in Anthropology from the Rovira i Virgili University of Tarragona (Spain). He obtained his Masters in History from the National University of Colombia, Medellín.  Currently he works as a full-time professor and researcher at the University of Medellín, where he is a member of the Education, Society and Peace research group and editor of the Social Sciences and Education magazine. Hildreman is the conductor of the radio program Conversions Convergentes (http://www.frecuenciau.com/conversaciones-convergentes/). He has been a professor at Eafit University, Universidad Pontificia Bolivariana, Universidad de Antioquia and Universidad Nacional de Colombia. He has been a visiting professor at the Federal University of Latin American Integration (Foz do Iguacu-Brazil), University of Buenos Aires (Argentina), Autonomous University of the State of Mexico (Toluca-Mexico) and Universidat Rovira i Virgili (Tarragona-Spain). Author of books Naked experiences of order. Deformed and monstrous bodies; Historian's office. Approaches and practices; On the other side of the body. Biopolitical studies in Latin America (co-authored with Dr. Zandra Pedraza); and historian's office. Approaches and practices; Body narratives of violence and aesthetics of pain and Peace and corporality. Aesthetic acvenings of the art of asking.

Anna received her joint-PhD in Science, Technology and the Humanities from the University of Bologna and in Anthropology for the Rovira i Virgili University of Tarragona (2014). For her Postdoctoral thesis she conducted an ethnographic analysis and social epidemiological study on the Latin American migration to Italy and the management of tropical infections, observation in a hospital (2015). Snce 2007 she has been a researcher since 2007 in the Center d'Estudis i Investigació in International and Intercultural Health (CSI) of the University of Bolonga. Currently she collaborates on projects at the Research and Innovation Service of the Local Sanitary Authority of Reggio-Emilia (AUSL-RE, Italy). 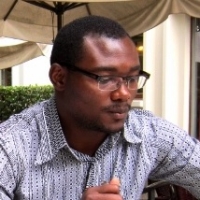 Manfred has his Doctorate in Medical Anthropology from the Rovira i Virgili University, a Masters in Sustainable Regional Health Systems from the University of Deusto, another Masters in Anthropology from the University of Yaoundé I (Cameroon) and a third Masters in Medical Anthropology and International Health from the Rovira i Virgili University. He is a member of EASA (European Association of Social Anthropologists) and has carried out several research-oriented activities: project design, statistical analysis, evaluation of international development projects, workshops and coordination of conferences. Manfred has worked in various environments as coordinator of the Nascent Solutions International project on "Improving food security among refugees from the Central African Republic in the eastern Cameroon region". 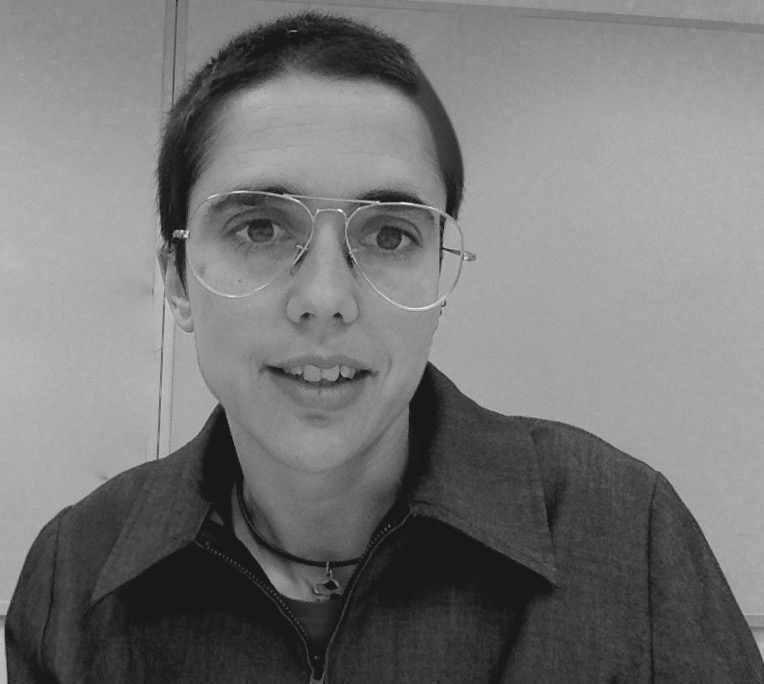 Sam is a researcher and trainer in sexual and gender diversity and Transfeminist activist with a degree in Biology, she specialized in Feminist Studies and Medical Anthropology. Currently, she is investigating the role of gender and emotions in clinical practice with intersex people. She has recently coordinated the Participatory Diagnosis of Problems Presented by LGTBQI people in Sexual and Reproductive Health in the Municipality of Madrid (Madrid City Council, 2017). Together with Elisa Alegre-Agís, she is co-editor of two books on Autoethnographies MARC Collection of Medical Anthropology (in press). Among Sam´s articles are: "The autoethnographic mirror"; "Body records and construction of knowledge in a study on intersexual clinic (Publicacions URV, 2018), 'Trans genealogies (feminists)' along with Aitzole Araneta in Transfeminisms. Epistemes, frictions and flows; (Txaleparta, 2012) or 'Health rights from the recognition of diversity. Alternatives to the violence of the pathologization of trans identities in & nbsp; The disordered gender & nbsp; (Egales, 2010). 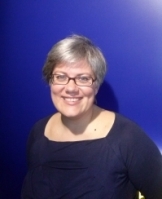 Lourdes received her Doctor of Medicine degree from the University of Lleida (UdL) and her Masters degree in Health and Medical Anthropology (MIAMSg). Since 2010, she has been part of the GIPE / PTP of the Wassu-UAB Foundation, working on Female Genital Mutilation. Lourdes also is guest lecturer in the subject of Human Ecology of the Faculty of Medicine at the UdL. 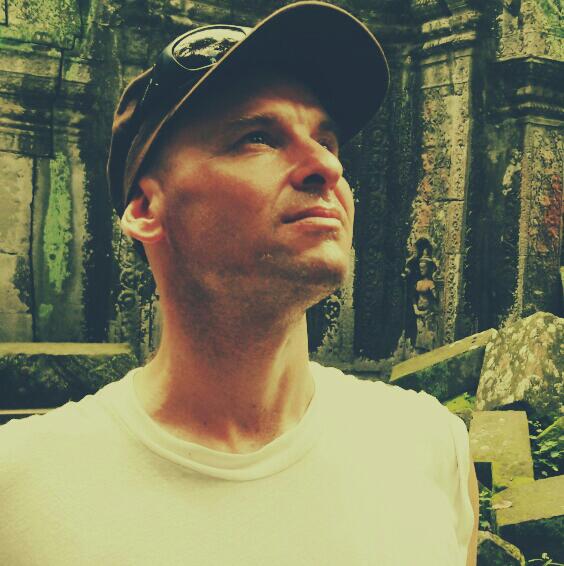 Alejandro is a Social Anthropologist of the University of Buenos Aires. He has a Master in Medical Anthropology, and a PhD in Social and Cultural Anthropology specializing in Medical Anthropology and International Health, from the University of Rovira and Virgili. The nature of the work he performed has been Social, Cultural and Medical Anthropology, International Migrations and Refugees, from a trasnational perspective. He conducted ethnographic researches in many countries and contexts (Cuba, Spain, Italy, Argentina, Bolivia, Brazil, Portugal), developing an outstanding scientific production on the subject of international migrations and health. He has lectured at graduate and post-graduate levels in severaluniversities of Europe and Latin America. He has published extensively on these subjects and dissertated on papers in congresses. Currently, he is an Independent Researcher at the Anthropological Sciences Institute (CONICET-UBA). 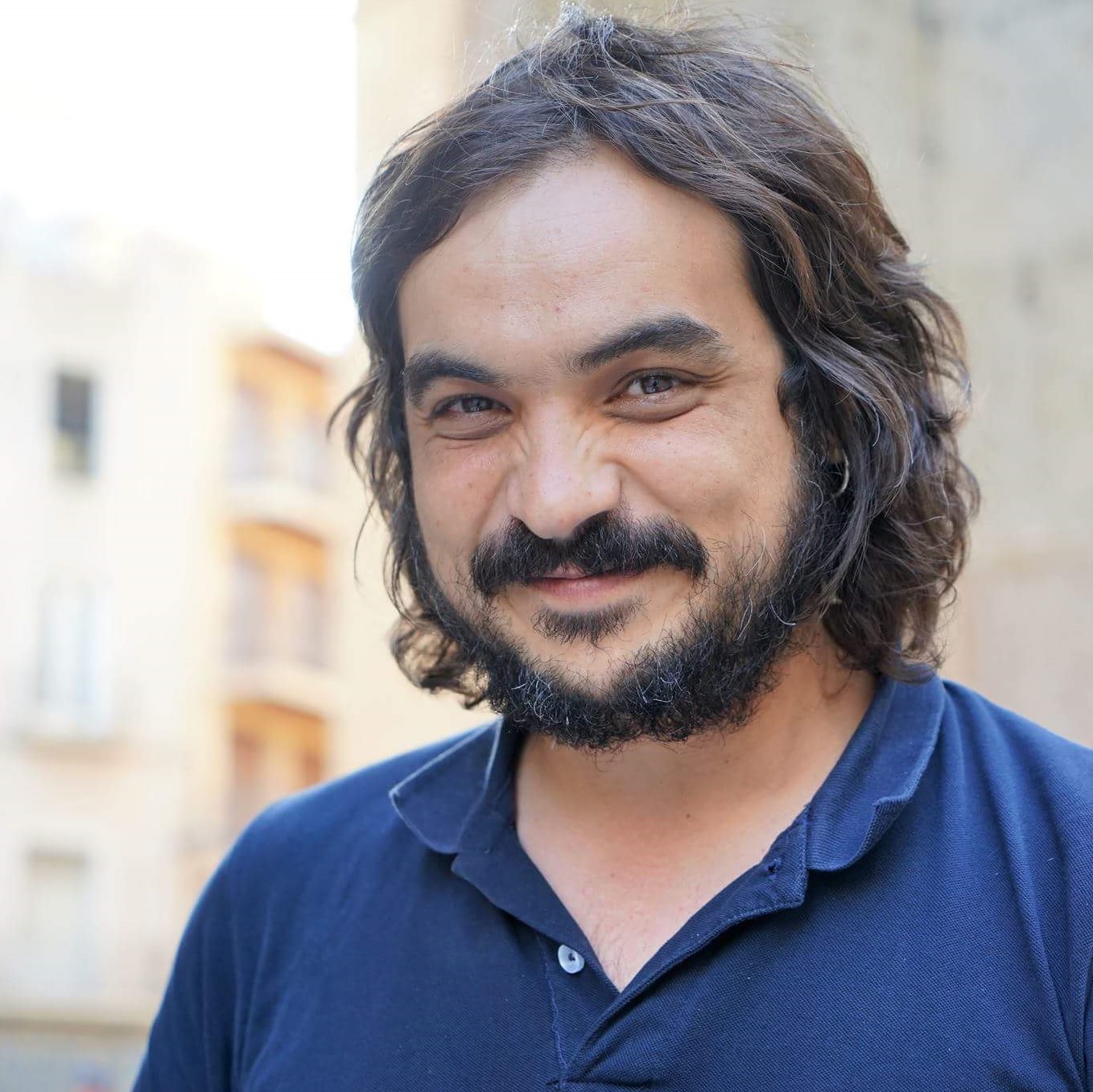 Antoni Llort Suárez is an Anthropologist and Social Worker. He recevied his Masters in Medical Anthropology and Doctorate in Anthropology from the Rovira i Virgili University (2016). He is specialized in ethnographic research, qualitative research linked to participatory processes, advocacy strategies, peer support and production of documentaries related to the use of psychoactive substances. Since 2008 he has been coordinator of collective health projects and reduction of damages and risks to the Addiction and Mental Health Service of the Hospital Sant Joan de Reus. He is also part of the research and social intervention team at Episteme and is linked to different activist movements at the local and international level. 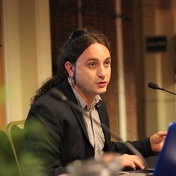 David Pere holds a PhD in Social Psychology, Masters in Social Sciences Research, and BA in Psychology from the Universitat Autònoma de Barcelona. He also received a Postgraduate degree in qualitative research (U. Amsterdam). Davis is expert in methodologies of investigation of complex social phenomena, a coordinator of the "Unit of Drug Policies" of the Autonomous University of Barcelona head of research in «Episteme. Research and Social intervention », and assistant lecturer at the Open University of Catalonia. He participates as an expert for different companies that provide consulting services in the European Union, and serves a member of the Catalan Institute of Anthropology and the European Society for Social Drug Research. 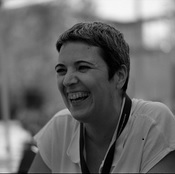 Lina received her Doctorate in Anthropology in 2013  and her Masters in Medical Anthropology and International Health in 2008 from. She has extensive experience in ethnographic research, qualitative research and analysis of narratives, especially in issues related to health and disease from the social and cultural perspective in topics such as: chronicity, dependence, public policies, end of life, ethics and bioethics , others. Her thesis investigated the experience and management of chronic illnesses or disorders in adults, being the only ethnographic study on chronicity in the country in this area so far (Masana, 2013). She has participated in various international anthropology medical conferences, has held seminars and conferences at Universities and research centers in Spain, Holland and the United Kingdom, where he has been a visiting researcher. Lina has several publications about her research in both English and Spanish. 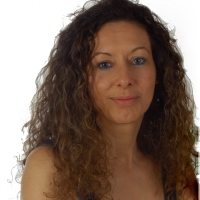 Araceli has a Doctorate in Social Anthropology for URV and holds a degree in Sociology from the UAB and in Geography and History from the UB. She is a researcher at the Food Observatory-ODELA and at the Social Work School at UB, and is a professor of Anthropology at EUSES. She has worked mainly on four lines of research: Health and childhood, field where she developed her doctoral thesis and where she has participated in different projects of the Institute of Children and Urban Mon; health and risk, where she has worked as a researcher on the project "Toxic Bodies: Socio-cultural Ethno-epidemiology of Internal Contamination for Persistent Organic Compounds"; health and nutrition, where she currently participates in the project "Trust and responsibility in the food consumption of pregnant and lactating women in Spain" and "Food safety in Barcelona from a global and non-reductionist approach to needs"; and tools to support qualitative research in social sciences, by giving courses on computer tools for analytical processing of qualitative data.

Maria has her PhD from the Rovira i Virgili University; a degree in Anthropology with a socio-cultural orientation,  from the University of Buenos Aires, Argentina (2007) and Masters in Migrations and Social Mediation from the Rovira Virgili University (2012). Between 2005 and 2010, Maria has  worked on numerous social intervention projects aimed at the migrant population residing in Italy. Her areas of interest are: Anthropology of migrations, gender and health. 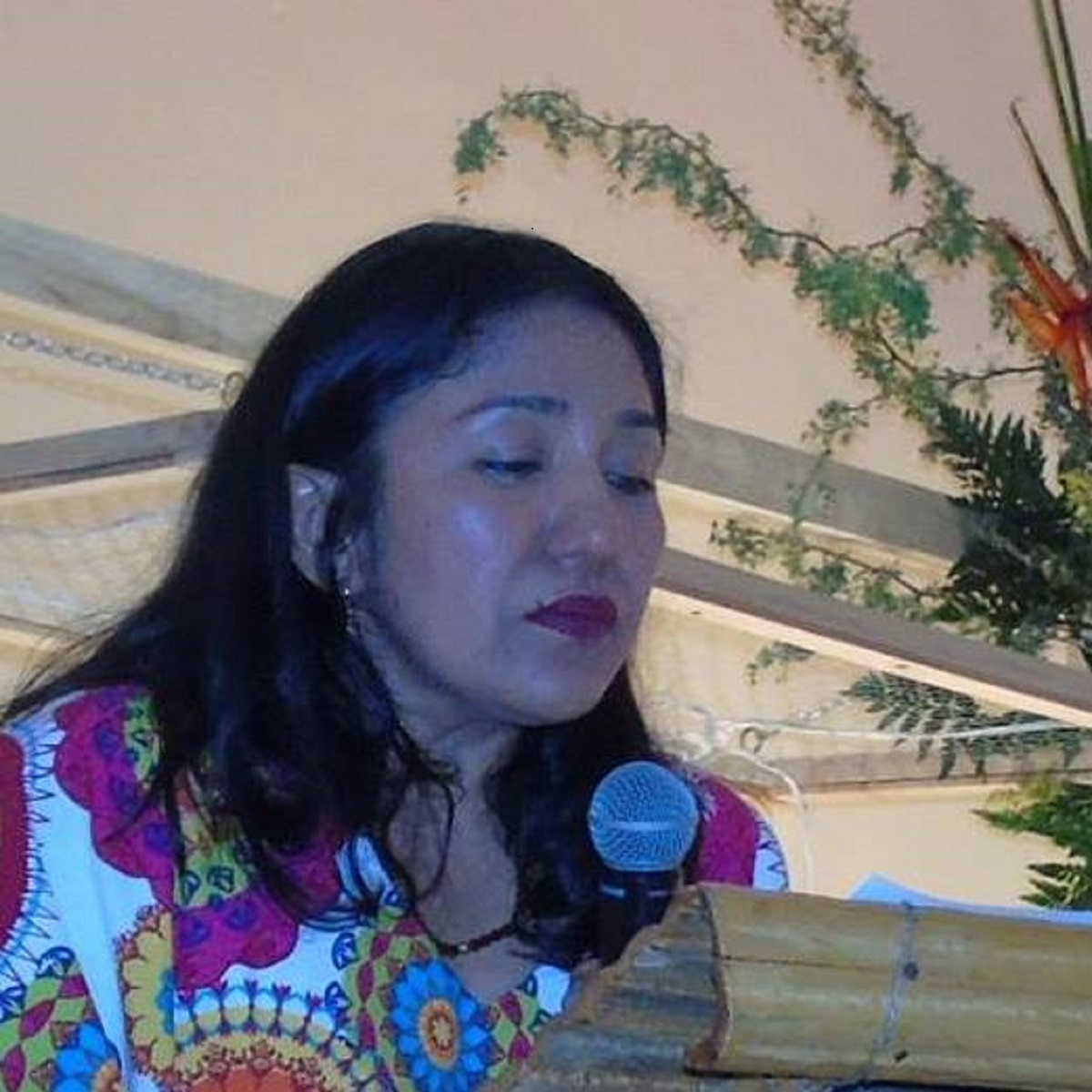 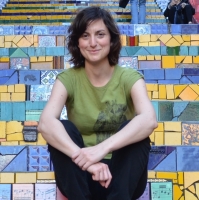 Mercedes Serrano Miguel holds a Diploma in Social Work, Master in Psychiatric Social Assistants from the University of Zaragoza, and Master in Medical Anthropology from the Rovira i Virgili University. She has worked as a social worker in different Services of Attention and Rehabilitation for the Public Network of Mental Health of Catalonia. Currently Mercedes works as a teacher for the Degree in Social Work at the University of Barcelona. As a researcher she has made different visits to Brazil as a scholarship holder at the Federal University of Rio Grande do Sul (UFRGS). She has also collaborated with the "Mental health, alcohol and other drugs" team of the State Health Department. At the moment she is developing her doctoral thesis within the field of Collective Mental Health doing fieldwork in Porto Alegre and Barcelona. 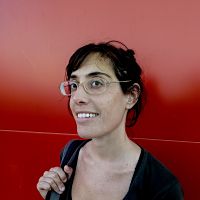 Serena received her Doctorate in Social Anthropology from the University of Sevilla (2017) and her Masters degree in Cultural Anthropology and Ethnology from the University of Bologna. She has been part of Taraceas S. Coop. And., an interdisciplinary team specialized in social research and consulting.  She is author of ¿Es feminista parir en casa? Dilemas y contradicciones en la relación entre feminismo y parto en casa (2017). She is expert in feminist perspectives in Medical Anthropology. Her research interests are in the conceptualization of Reproductive Health and in historical construction of the management of pregnancy and childbirth. 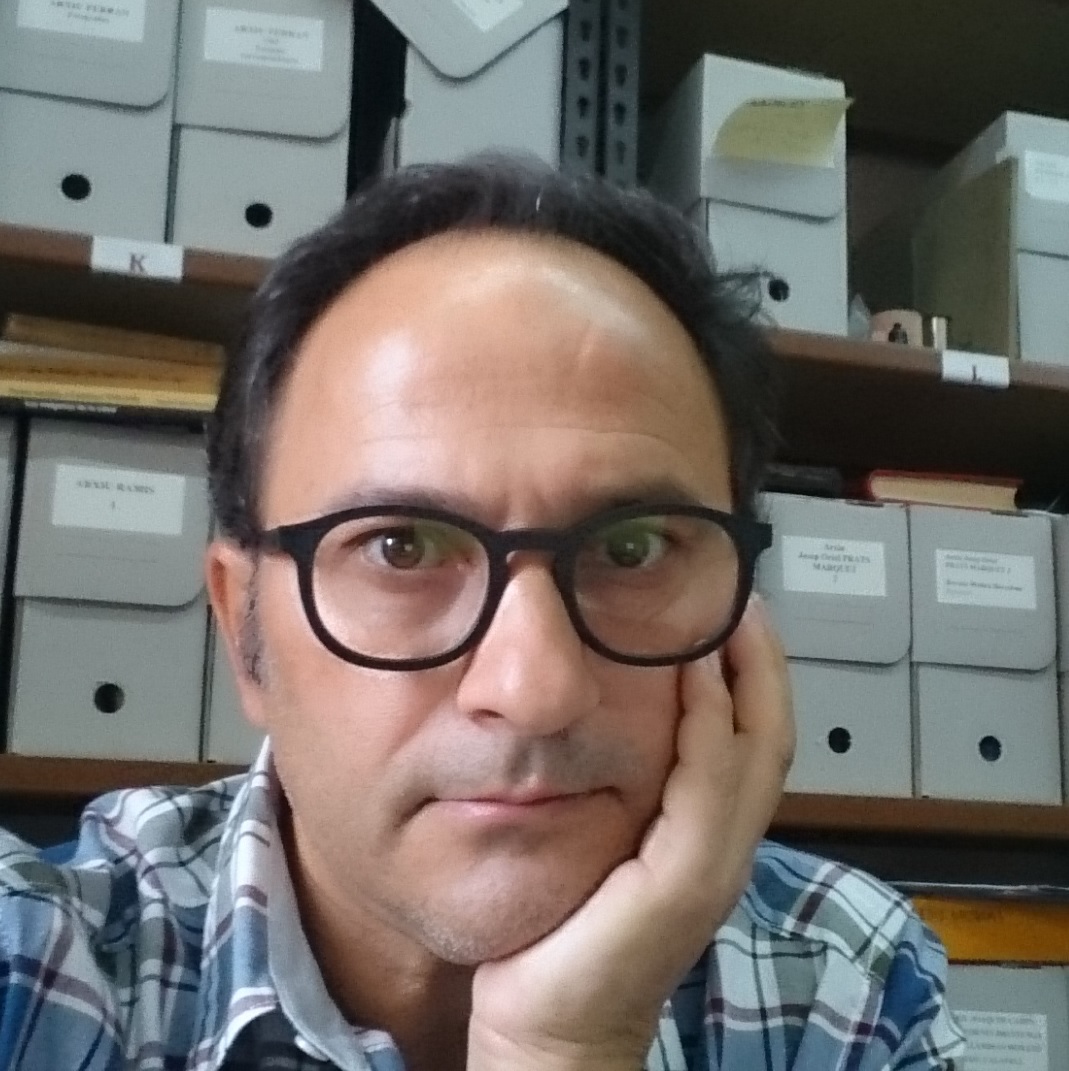 Alfonso has a Doctorate in History from Pompeu Fabra University and works as curator of the collections of the History of Medicine Museum of Catalonia. Since 2001, he has been curator of numerous exhibitions and has been working intensively on the rescue of the health heritage of Catalonia. He has participated uninterruptedly in research projects on the history of medicine in Catalonia since 1995, publishing results in the form of books and magazine articles. Currently, Alfonso participates in a project on scientific collections and exhibition regimes in the contemporary urban world of the cities of Barcelona and Madrid.